I’ve been riding the crap out of the single speed winter bike I built up a few weeks ago. It’s very handy to have two different gear combinations on the bike, and a couple of times I have changed gears mid-ride, which takes about a minute.

The roads are all covered with salt and sand and occasionally slush. It’s comforting to ride a bike without listening to grit pass through the derailleur pulleys, or rim brakes grinding sand into the braking surface. It just doesn’t feel like there’s anything that can break on this bike. (Plus, getting back on a real road bike in the spring is going to feel like collecting a video game power-up.)

Yesterday I set off to do 5 hours through the mountains. Between the hills, the road conditions, and the single speed, I knew it wouldn’t be a ton of miles, but I wanted to get in a good long day of pedaling.

Here’s a popular swimming hole on the Peterskill creek. Although the water is mostly not frozen solid, there was nobody swimming today.

For most of the first 40 miles of the ride, I was following the Rondout river, which runs through my back yard, all the way back to its source on Peekamoose Mountain. Here’s the obligatory bike-at-the-reservoir shot, at the Rondout reservoir (which it must be admitted is far less photogenic than the Ashokan reservoir).

Riding up the mountain pass, the Rondout gets narrower and faster. The road is sometimes right next to the river, and sometimes 60 feet above. The second photo is Blue Hole, a remote but absolutely gorgeous swimming hole. Nobody swimming today though.

From Ellenville all the way to the top of the Peekamoose pass is about 25 miles at an average grade of 1.5%, which is just about perfect on a single speed. Of course it’s not just a ramp, there are many short steeper sections along the way, but I was running 42×16 all day and it was just fine.

The road conditions through the mountain valley were poor. The snow is just about gone at my house, but there was still a good 12 inches on the ground in the Southern Catskills, and a couple of freeze/thaw cycles means there’s a good amount of snow and ice on the road. The local road crews have dumped copious amounts of sand, but in many places that just seems to encase and preserve the ice. I had to pick a line through the ice, which made for slow going but was generally not too dangerous, especially because I saw exactly one vehicle for literally an hour, and he was friendly (or nervous) enough to come to a complete stop until I was past him.

The 5-mile descent off the north side of Peekamoose is much steeper than the ascent from the south, but the road cleared up quickly. Honestly, I think part of the reason is that there’s a town boundary right at the top of the pass and the town of Olive has better highway department resources than the town of Denning. I rode the brakes through the first, super-steep part of the descent, but after that it was smooth sailing.

While cruising down the descent, I became suffused with a sense of well-being and happiness. I had been on the bike for 4 hours, and although the pitches weren’t especially steep, I had climbed about 4000 feet with a decently big gear (70 gear inches). Endorphins? Dopamine? I have no idea, but it was a fantastic and unfamiliar feeling, not just “I feel pretty good,” but an all-encompassing sense of goodness. I hadn’t been eating much, just one bar since starting out; I don’t know if that was a contributing factor.

At the bottom of the descent I had intended to turn toward home, which would be about another hour of riding, but instead I called home to make sure my wife would be there to meet the kids’ school bus, and turned the other way, back into the mountains. I intentionally rode up Piney Point Road, which is a brutal climb with a crux pitch of well over 20%. I managed to ride it on the 42×16, although it wasn’t pretty, and I’m glad there wasn’t any traffic coming the other way because I was using the whole road. The sense of well-being persisted, and would last the entire rest of the ride.

Things got a bit surreal heading into Woodstock, because a cement truck had slid off the road, but the troopers let me ride through the roadblock and continue on. The sun slowly set over the final rolling 20 miles of the ride, from Woodstock around the east end of the Ashokan Reservoir, and down Spillway Road. 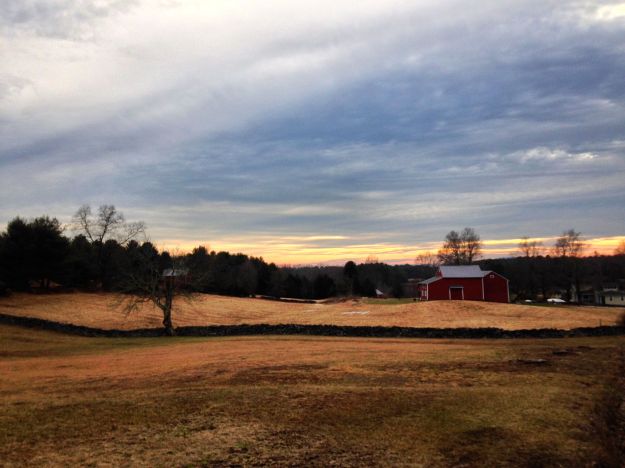 The ride ended up being nearly 6 hours, my longest day in the saddle in almost a year, but if the daylight hadn’t come to an end, I could have kept right on riding.

8 thoughts on “A Single Speed Odyssey”