I’m in the Western Catskills for a couple of weeks, and continuing to discover dirt road cycling gems. Before embarking on vacation, I discovered that Bing maps has this wonderful undocumented feature of distinguishing paved and unpaved roads when zoomed in to 1000ft scale and closer. Unpaved roads are traced in brown (how appropriate!) while paved roads are in white. What a valuable resource for charting out dirt/gravel roads!  To test the accuracy of this feature, I focused on an area just west of my home that I’m not familiar with, one which I’ve driven through once or twice but never ridden.  All new cycling territory.  I made note of all the roads marked as unpaved in Bing maps, then went into ridewithgps and charted out a loop of 43 miles roughly bounded by the towns of Franklin, Walton and Delhi, taking in as many of those roads that would fit in the loop, and at least one place to stop for food and water.  This region is particularly secluded, so options for provisions are slim.

To my delight, Bing delivered with impressive accuracy! And unlike some of my other routes which take in sporadic stretches of dirt roads, this route spreads them out evenly, alternating dirt and quiet paved segments with regular periodicity (dirt segments are shown in green).  I was never on pavement for too long before another delicious stretch of dirt road presented itself in front of me. And even more enjoyable, many of these dirt stretches were little more than old carriage trails, narrow, tree-lined, isolated.

The route starts and ends at the Dutch Deli, a small deli and convenience store nestled in the valley village of Meridale, on Route 28 halfway between Delhi and Oneonta. The owner, speaking with a Dutch accent, kindly agreed to let me park my car in the lot for a few hours. Out of courtesy, I would recommend to anyone contemplating doing this route to check in with the owner to confirm that this is okay.

A few days before doing the ride, a Riding the Catskills reader contacted me to inform me he was going to be in the area and would like to do a ride.  Our schedules worked out, so Ben and I met in Meridale to ride the loop together.

From the parking lot, the climbing starts immediately– the route has 4600 feet of climbing in 43 miles, with very few flat segments. The shark-tooth elevation profile illustrates this:

Not two miles into the ride, we experience the first dirt road, Sutherland Rd. As it climbs to the top, it narrows into a tree-lined, single lane road with cut pastures on either side. 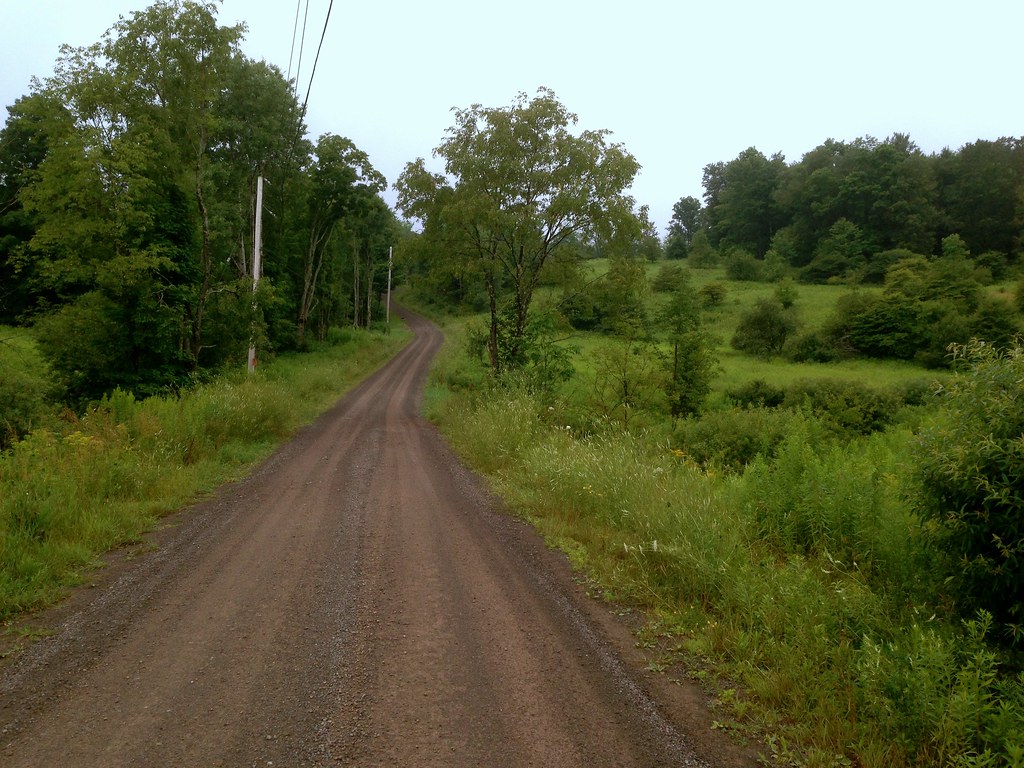 Notably, there were more working farms, and less abandoned barns, on this route compared to other areas I’ve reported on. 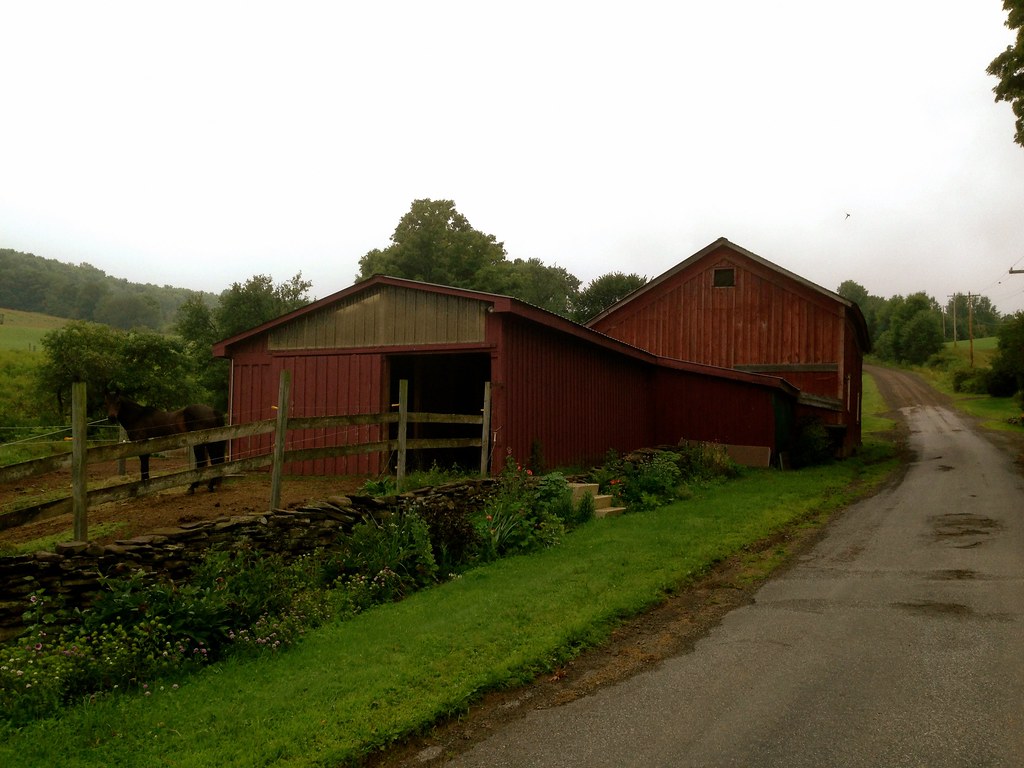 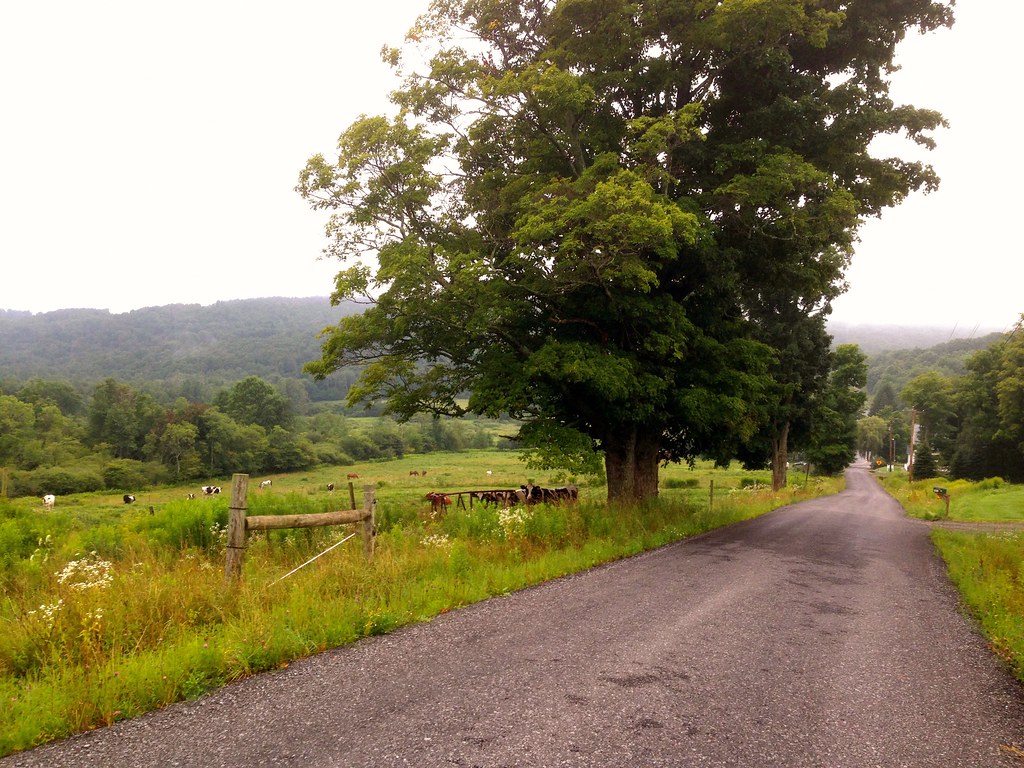 The other regular site for me, besides dirt roads and barns, was Ben, who, being a stronger climber than I, was always ahead of me in the climbs. 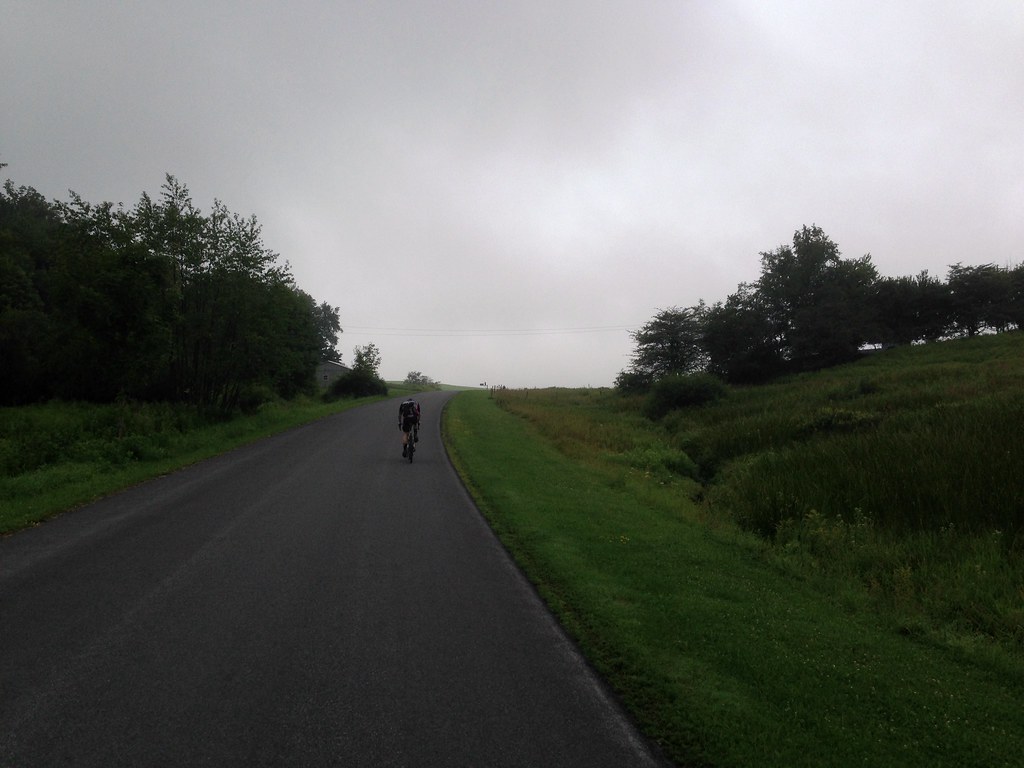 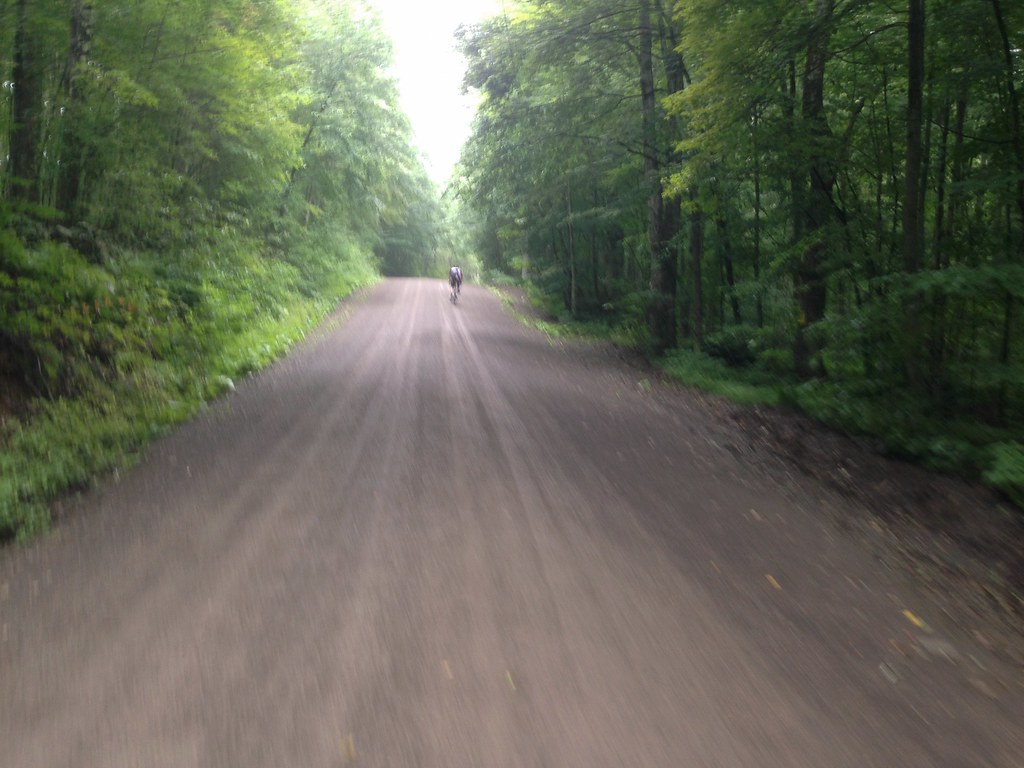 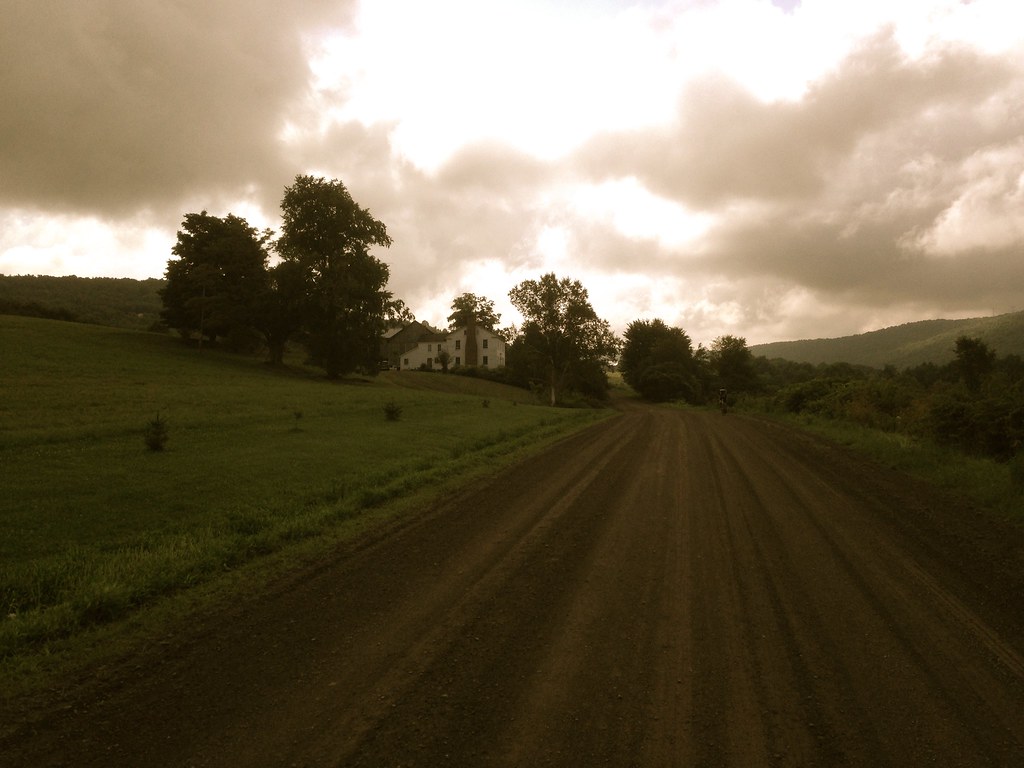 The only road that seriously tested the traction limits of my Compass Babyshoe Pass tires was Pomeroy Rd in Treadwell.  Here, the usual smoothly graded dirt turned first to rocky double track, and then to muddy logging trail, which continued upward for what seemed like a long time. At one point I had to walk as the smooth tire tread began to sink and spin in the mud. 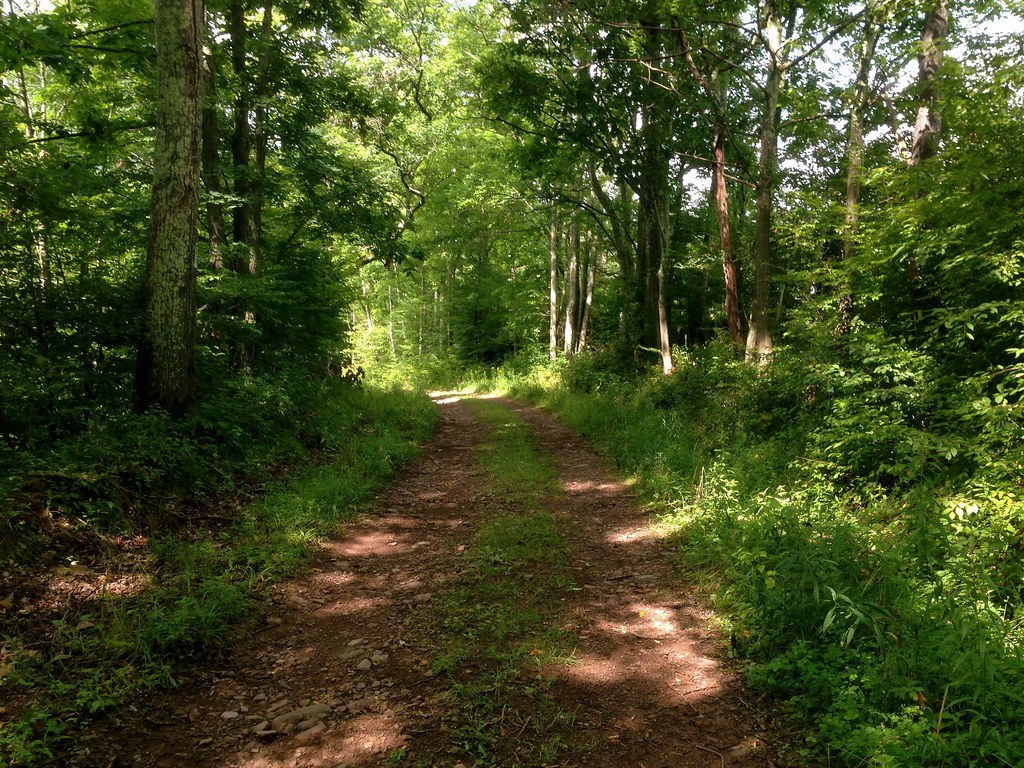 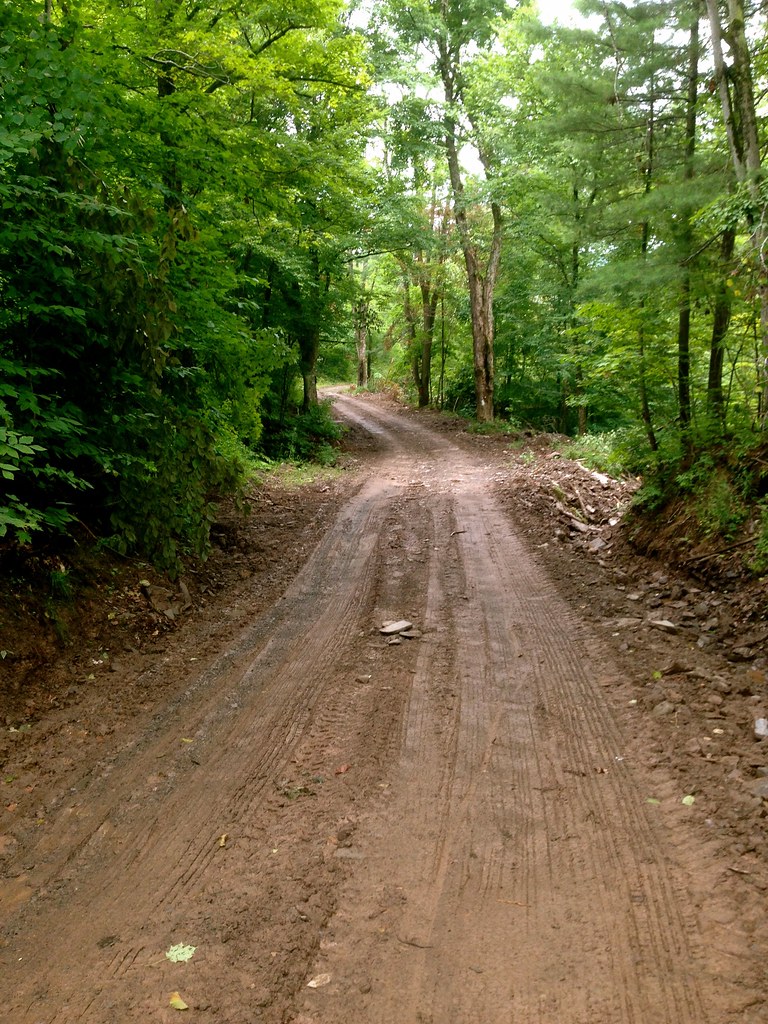 From Pomeroy Rd, a smooth and fast paved descent whooshed us down into the adorable village of Treadwell, the first and only rest stop along the route (and indeed, the only village along the route other than Meridale). 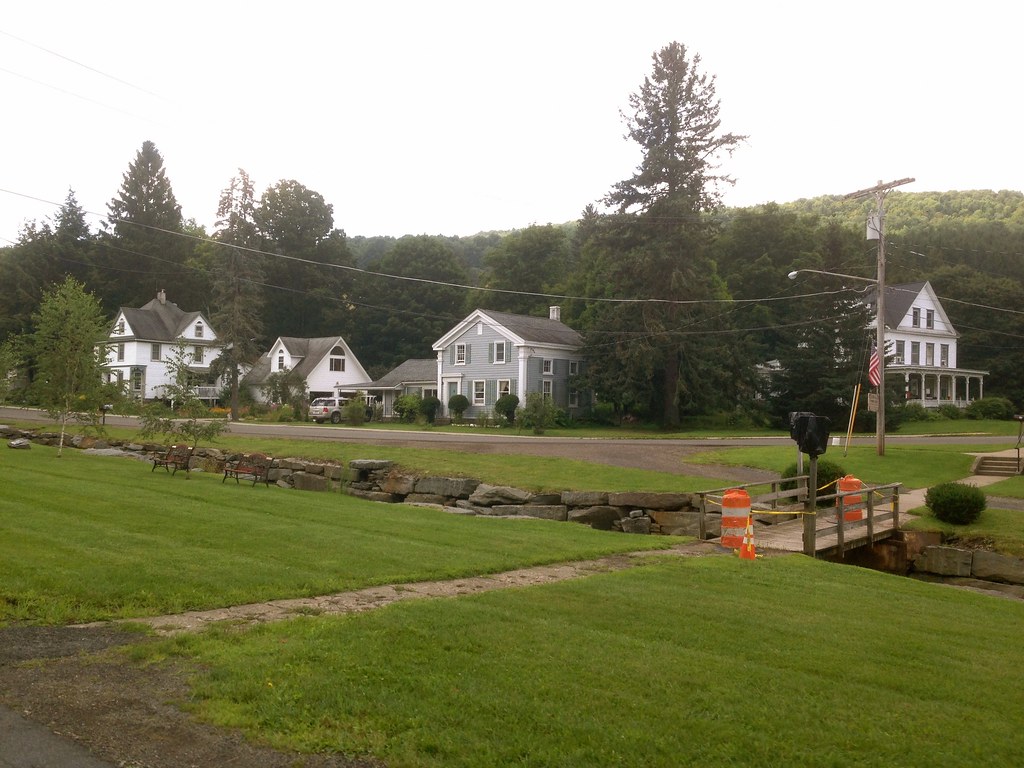 If you’re in Treadwell, be sure to stop in at Barlow’s general store and try their incredibly good homemade donuts! From Treadwell there were two more dirt segments before merging onto Rt 28 for the last mile back into Meridale. (This was the only stretch of state highway in the entire route!). 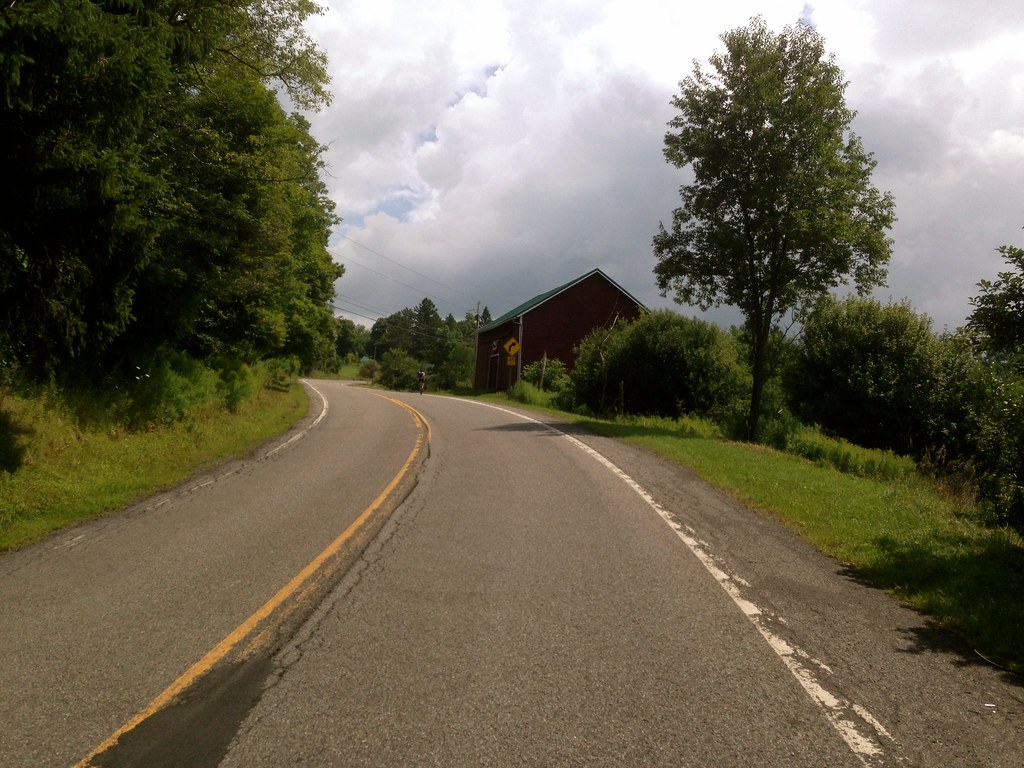 This cute abandoned storefront could be something wonderful… too bad it’s literally a couple of feet from the highway. 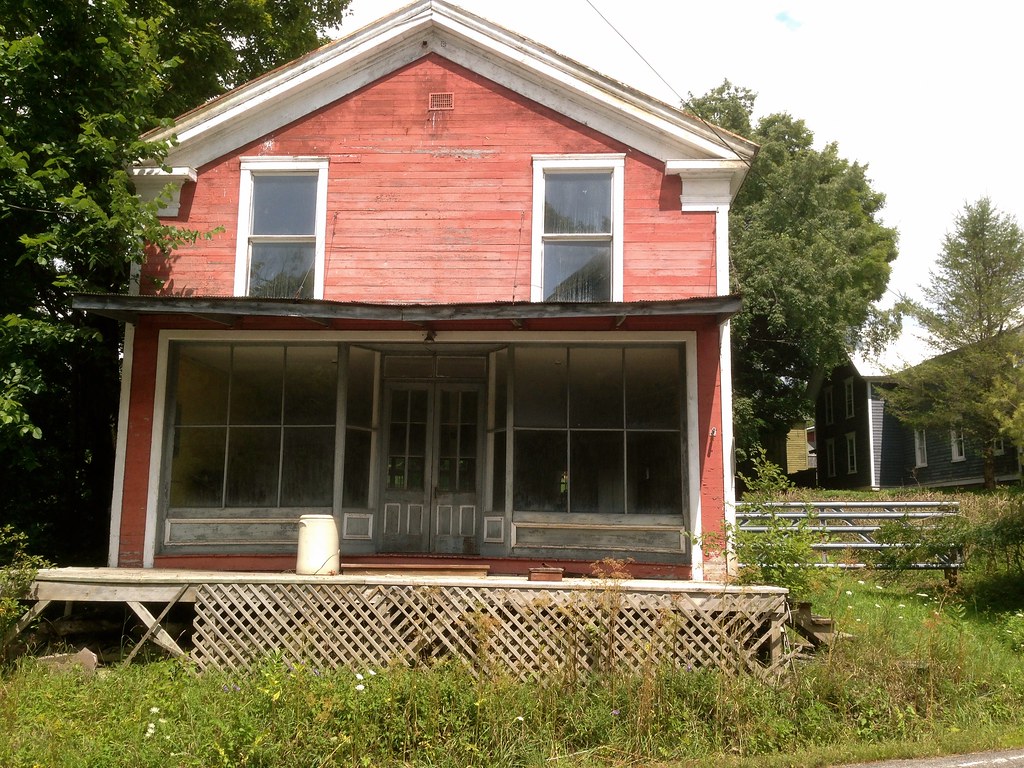 Admittedly, while engaged in good conversation with Ben throughout the ride, I didn’t pay much attention to where I took these shots, so here are just a bunch of random scenes from the ride, in no particular order: 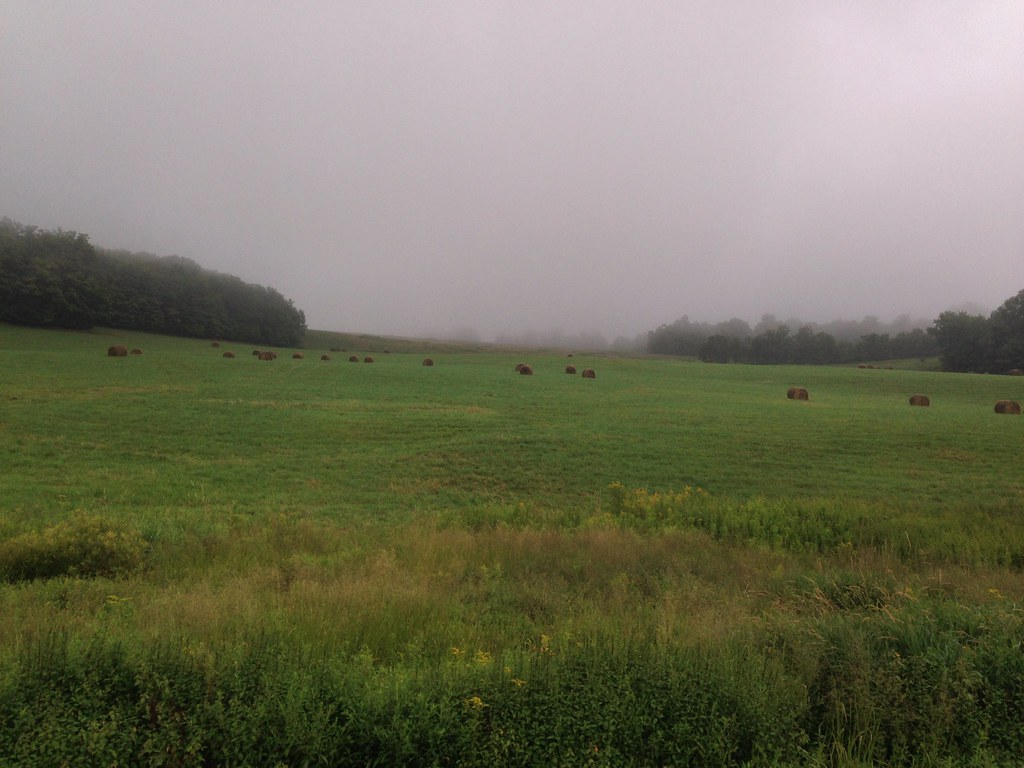 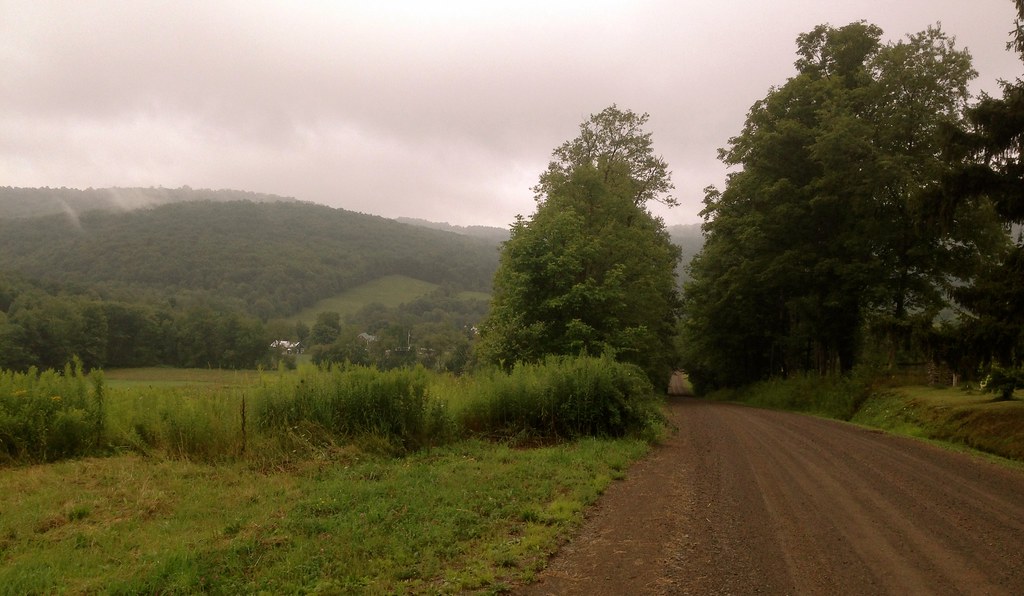 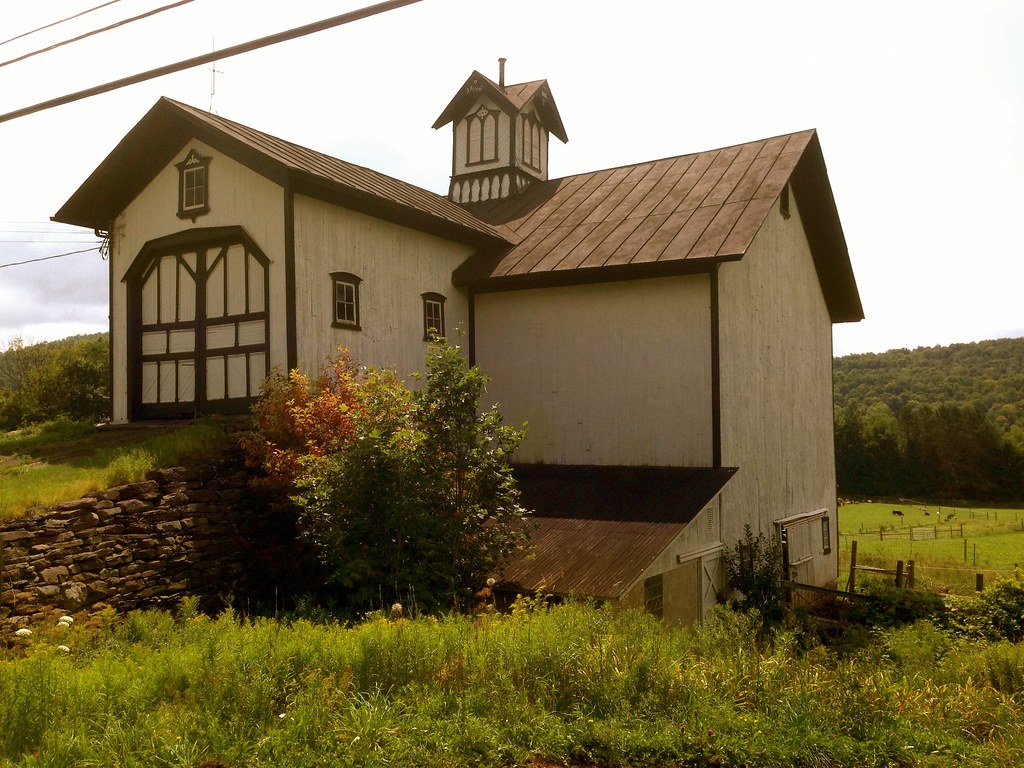 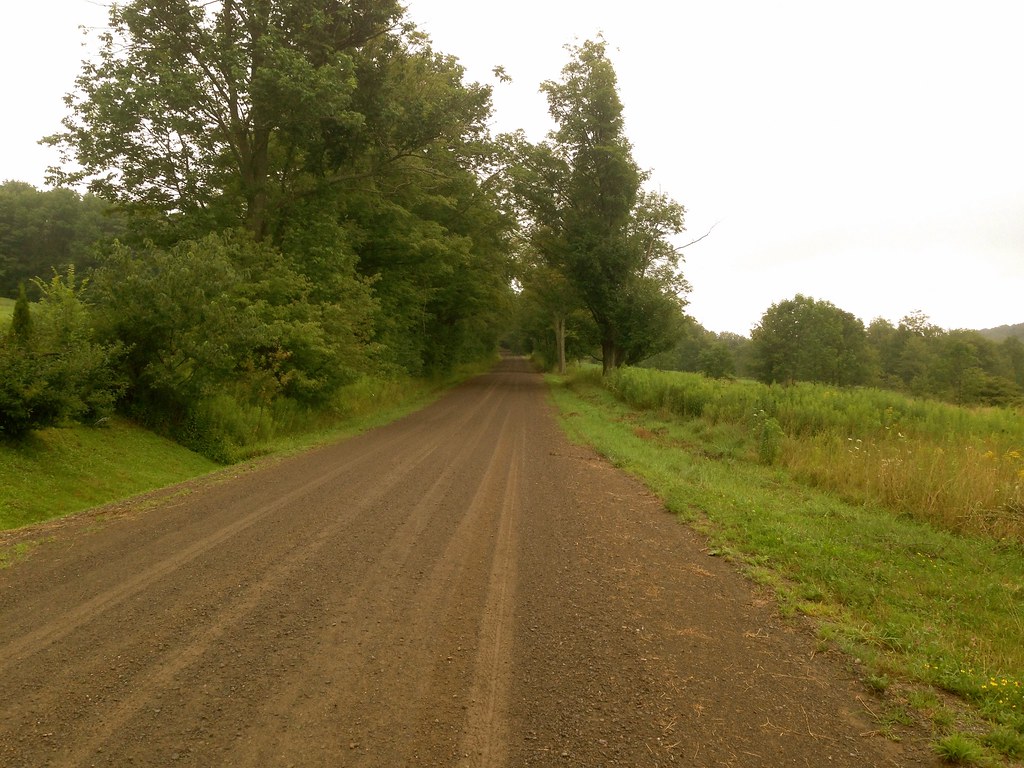 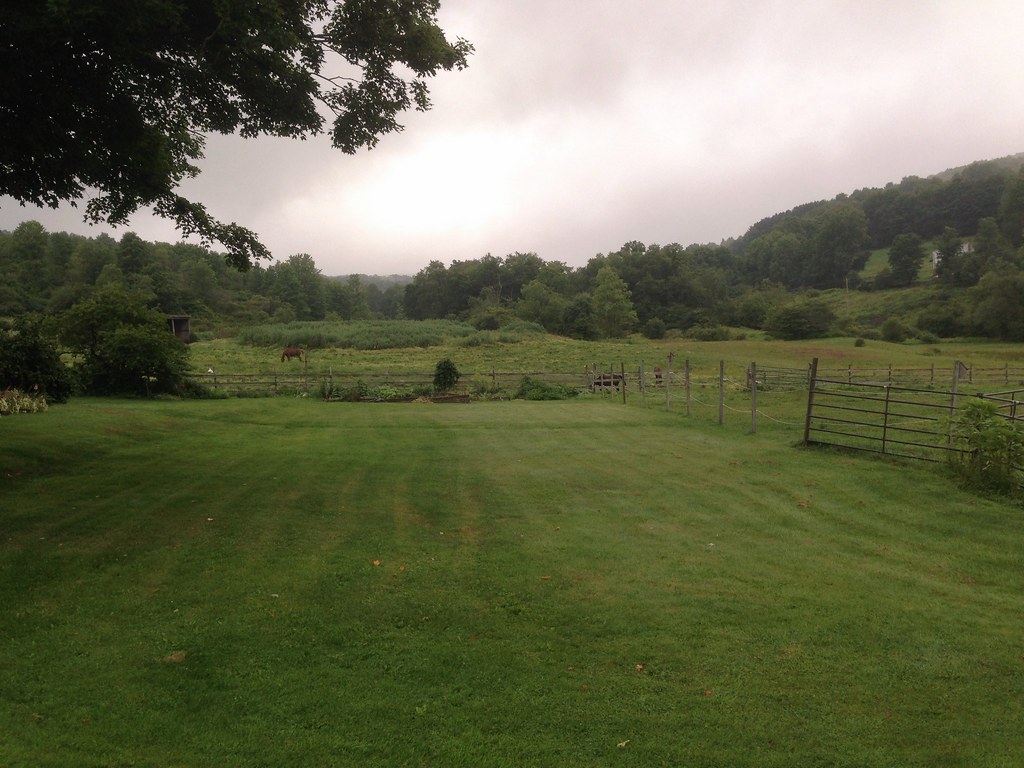 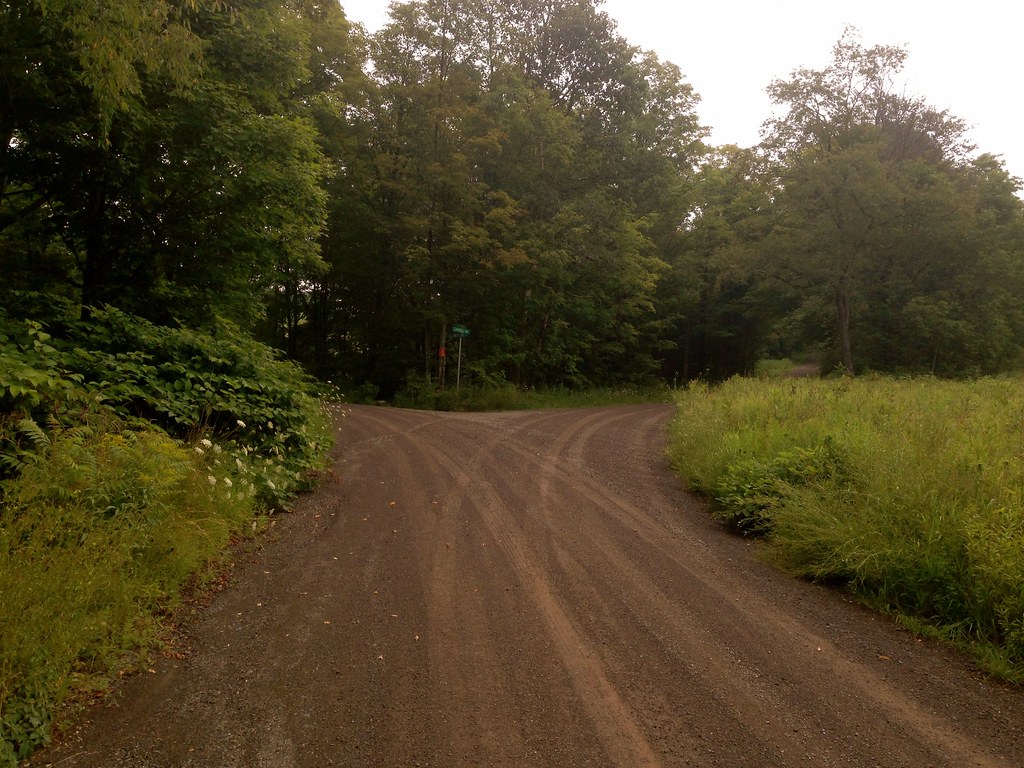 I’d definitely consider this route a ‘must ride’ for anyone in the area.  And finding another wealth of dirt roads and amazing cycling in another little corner of the Catskills just over from mine reminds me just how much more remains to be discovered.  I’ve barely scratched the surface.