Another week in paradise! Unfortunately, we’re buried under a ton of snow and ice, and the roads are frozen solid. I did get in some good days before the bad weather, though.

On day 1, I went for a 35-mile ride: 15 miles to the diner for my weekend cheeseburger, and then 20 miles back home. The night before, we had a severe rainstorm, and the roads were covered with gravel washouts. 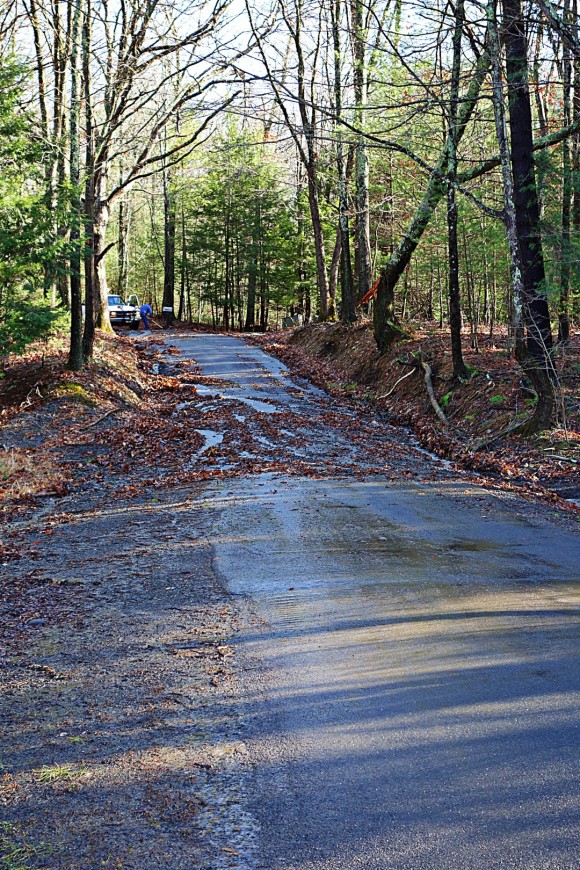 My favorite gravel road—Rogue Harbor—turned into a stream. There are a lot of potholes in this road, so I had to take it slow because the last thing I needed was to crash, get wet, and suffer hypothermia. 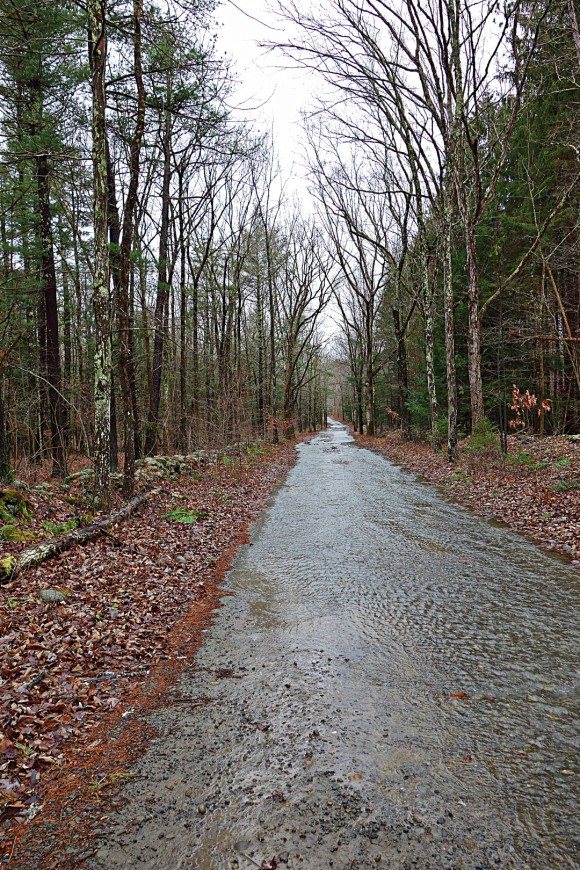 Despite a forecast for truly terrible weather, the day turned out to be beautiful, albeit cold and windy. 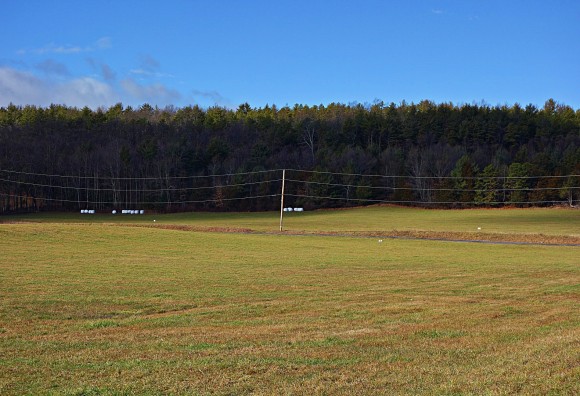 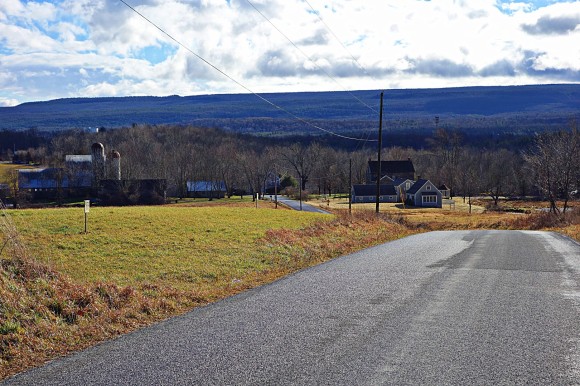 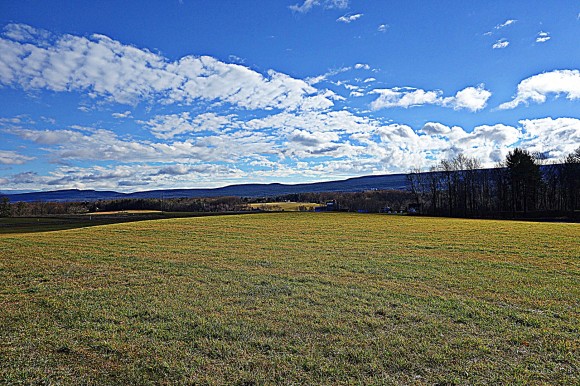 After lunch, the weather began to deteriorate, with some light, misty rain. Just the way I like it. I took this photo in native black and white to make it look suitably grim and wintery. 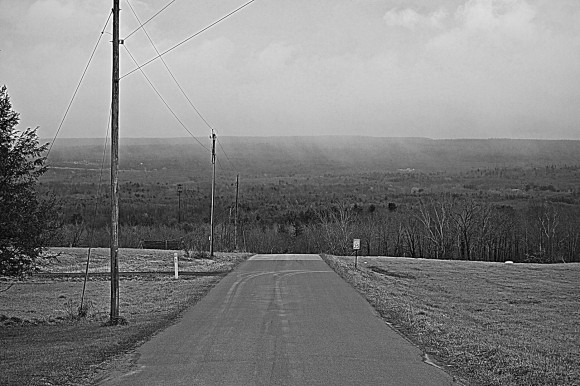 On day 2, I went for a 15-mile ride with my girlfriend, Margot. Here she is on her tiny little blood-red Boulder. 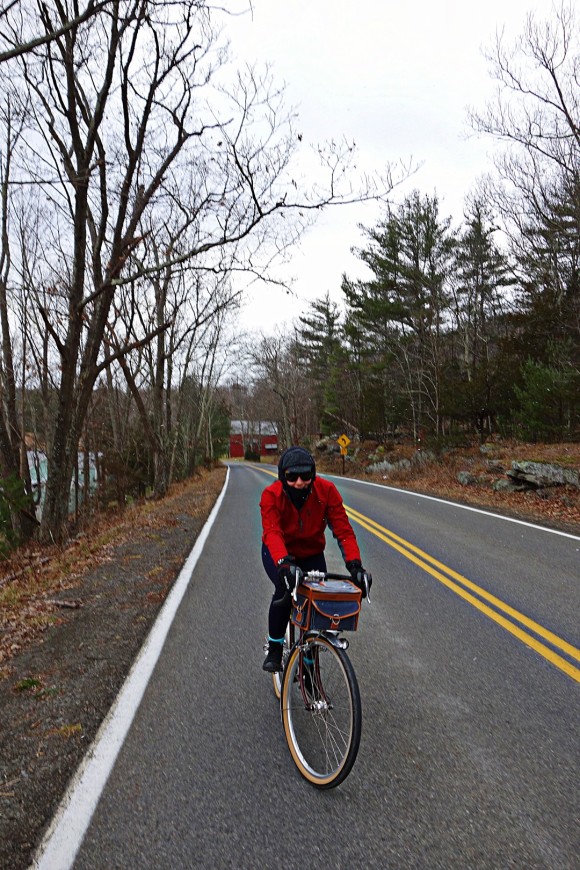 The ride was only 15 miles because it was prematurely terminated by a roadside breakdown…and I don’t mean the mechanical kind. I don’t blame her, because it was 30 degrees out and, with wind chill, 14 degrees. It involved her yelling “cycling is the sport for people who hate themselves!” and me sitting on her toes to warm them up. A car stopped to make sure we were okay. The funny thing is that she was in an amazing mood for the rest of the day. I tried to convince her that it was because she was tested by the elements and survived, but she wasn’t having it. It got me to thinking, though, why I do this to myself.

When I was 14, I bought and restored a second-hand sailboat called a Flying Fish. It was an ugly little thing, but fast as hell for a monohull; much faster than the C- and E-scows that everyone else was sailing. Although I sailed it almost daily from spring until late fall, the best times I had on that boat—and the times that I really remember—were those days that involved 30 mph winds, freezing spray, and rain.

I feel the same way about cycling; in fact, when it starts to rain I’ll get on my bike for a quick 20 miles, preferably on dirt roads so I get a little muddy. I also deliberately plan longer rides to be difficult enough that the last 10 miles is a test of survival more than anything else, much to the chagrin of my riding companions.

I’m not sure why I do this. In part, it might be because my life—and modern life in general—offers few real tests of our physical ability. Like many white-collar workers, I spend anywhere from 50 to 70 hours a week sitting behind a desk staring at monitors. There’s a certain clarity and satisfaction that can be achieved at the apex of a 200-mile ride that I just don’t get in any other way. I enjoy that “oh shit” feeling I get when I’m halfway through a long-distance ride and so tired that I don’t know how I’m going to get home.

In any case, note to self: Girlfriend only comes along when the weather is above 40 degrees.

On day 3 I rode halfway around the Ashokan Reservoir (that’s A-Show-kan, not Ash O’Can). About 30 miles. I’ve gone this way before, but in the opposite direction and at night, so I didn’t realize how beautiful it is. I think I’ll make this a regular training route when the weather clears. It involves a quick section on a busy part of Route 28, but the shoulders are wide so it is relatively safe. I also took my favorite picture of the year. These images, particularly the first, are remarkable because I didn’t stop to take them. I just held the camera out and kept on clicking away: 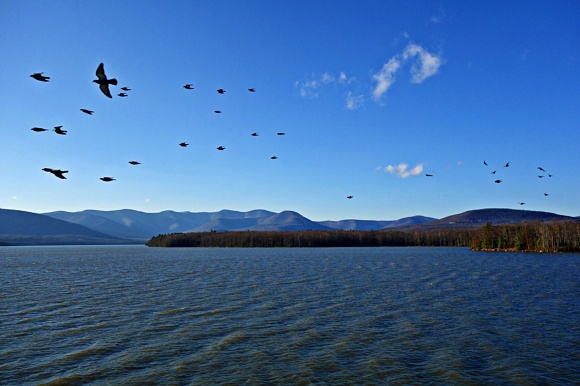 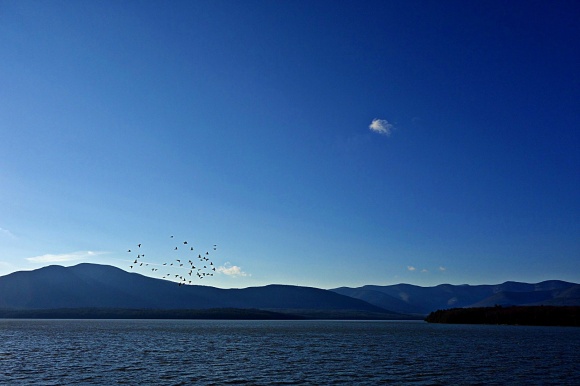 The rest of the ride was equally beautiful. This is the bridge that spans the Ashokan Reservoir . If you get a chance, ride it as it offers unparalleled views of the Catskills. 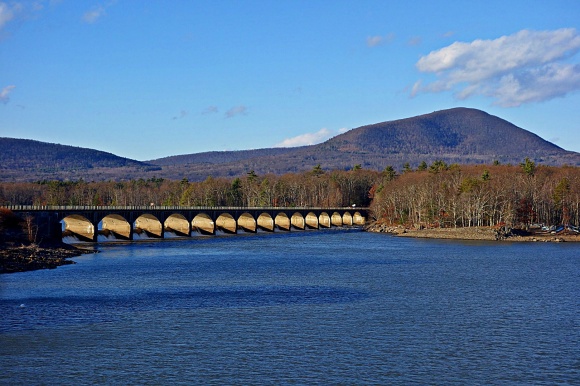 Here’s a local tavern. I think the word insalubrious was coined especially to describe this place. 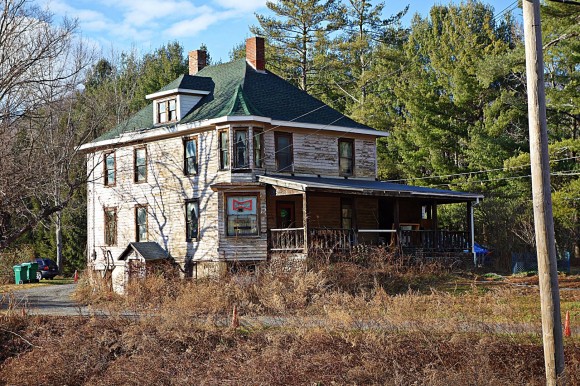 And finally, a few more images from the ride. 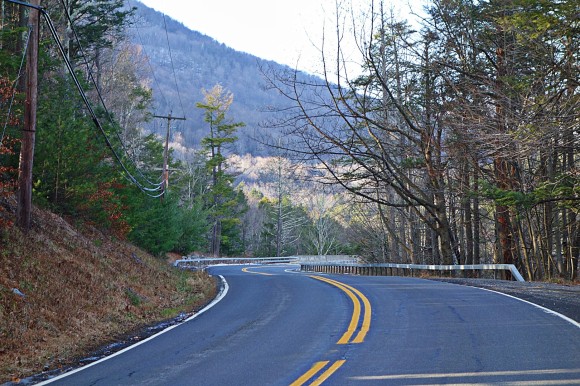 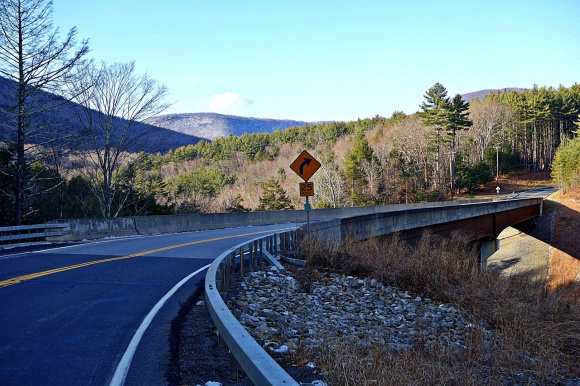 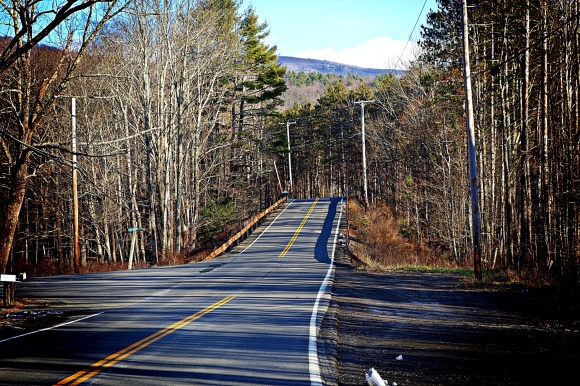 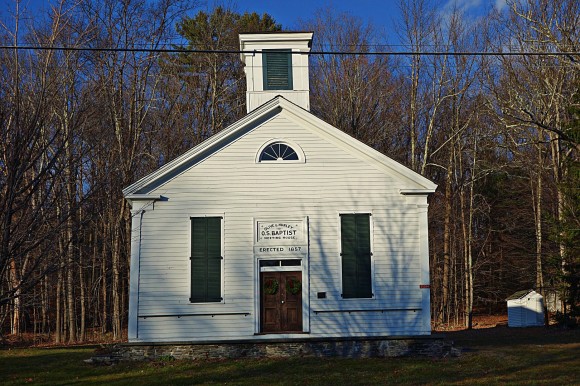 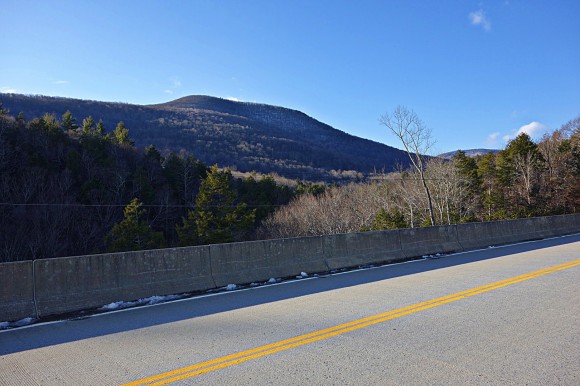 As usual I took a few exploratory detours; I ended up riding just over 31 miles. It was an easy ride for out here in the foothills, only about 2000 feet of climbing, and nothing too steep, although now that I have the special SRAM cassette with a 32 cog that the Lynskey came with as standard equipment, very little feels steep.

I took Day 4 off, because it was the day before Christmas and we were receiving guests. In retrospect, it was a bad decision because it was the last day of decent weather. I had planned on a 40-mile ride that involved climbing Mt Pitcairn north of the Ashokan reservoir the next day, but it rained, and then the roads froze solid. Then we got two feet of snow, so I was off the bike for a few more days. I get anxious without exercise, so I shoveled like a madman to get a decent workout. In fact, I even shoveled things that technically did not need shoveling just to burn some energy off.

Next week I’m going to review my best cycling purchase of the year, post a remapped version of the Platte Clove ride for people who want to ride out of Poughkeepsie, and—finally—post the finest ride you can do out of New York (with the help of Metro North). I am also going to start posting on design considerations for my new sub-15-lb 650b superbike that Rob English will be building me early next year. Stay tuned!